Frank La Natra was born and raised in Brooklyn. He always had a penchant for art and music. Originally a music major and talented bass player, he maintained his passion for drawing, tattooing and animation. He formulated his artistic endeavors at the School of Visual Arts and the Art Institute of Fort Lauderdale where he received his Bachelor of Science in illustration.

Currently living in Fort Lauderdale, Florida where his career in tattooing took off and led him to become a published, award-winning and internationally known artist in the industry. He is one of the promoters of TattooLaPalooza, Miami’s largest and most well-known tattoo convention, as well as the lead artist and owner at Into the Woods Gallery and Body Art Studio in Dania Beach, Florida. He has also created        La Natra Art Studios where he freelances as an illustrator and fine artist.

His Art is a fusion of Animation and Fine Art. He creates his work using different media and substrates, from his beloved blue lead pencil on paper, to digital art, oil paints, and tattooing on flesh. On his downtime, he spends time with his Fiance, playing video games and being a die-hard Star Wars fan. 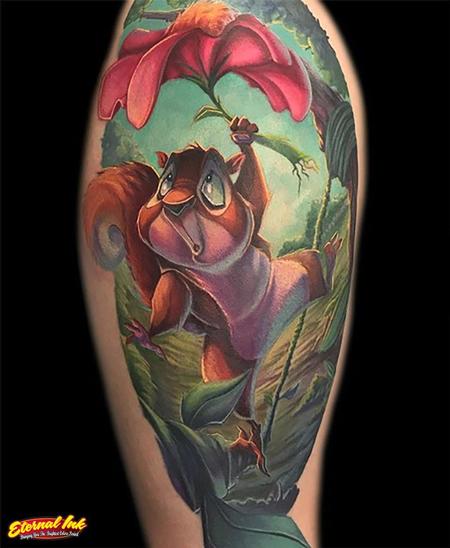 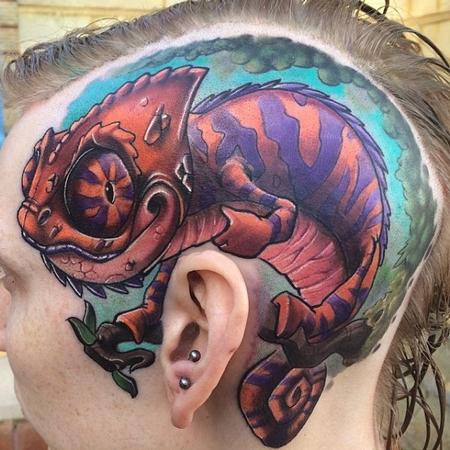 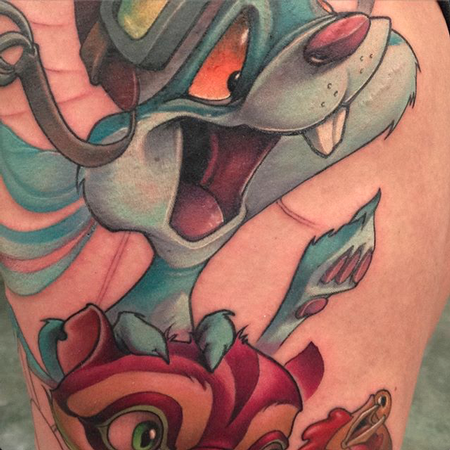 No one can get you more qualified traffic

" Before commissioning TattooNow to build and host my website, I took on the daunting task of building my own sites and promoting myself through social media. When I finally came to my senses and put it in their hands, my business increased drastically and the site paid for itself in just a few short weeks. This was the start of branding myself in the body art world. My business cards, post cards and banner match my site style.
As a gallery and body art studio owner, I get solicitation calls from companies wanting to build a site or just host my existing site. I let them go through their sales pitch as I laugh on the inside. Then I show them the easy function of my site and I top off my moment with showing them how easy it is to update my site through the TattooNow interface and by showing them the countless features in the community. I send them away with their heads bowed as they cannot come close to comparing to what TattooNow offers specifically to artists. "

"I have been happily associated with TattooNow.com for many many years now and finally gave up control over myself built web site and had these experienced tattoo related web builders put together a kick ass new site. I am linked in with many of the popular networking sites like Instagram, Facebook and Twitter and even have several language translation options available for foreign countries. They make it easy to update the images and info yourself any time you feel the need and I could not be happier. I am already getting much more traffic to the site and I'm picking up more clients as well.  I would highly recommend them for anyone especially those in the Tattoo Industry. I will also be having them build a new site for my entire shop soon. Thank you so much TattooNow.com"

"I am so happy with the redesign. You’ve exceeded my expectations and it’s been a great experience working with Aaron, the designer. I felt like we were well matched. The site reflects the aesthetic I was trying to create and everything was done rather quickly. The channels of communication were open, I could tell I was being listened to and I think the cohesion of my site reflects that. I’m very happy with the look and function of adamlauricella.com -Thank you Gabe, Brian, Aaron and the rest of TattooNOW.com”